I picked up some beautiful Packham Pears the other day from the Swansea St Market. They're beauties and quite cheap at the moment too. According to Apple and Pear Australia, Packhams are available from May to January and have white flesh which is firm but juicy with a rich flavour. I'll agree with that. Apparently they are ideal on their own as a snack, or baked, poached in tarts or for salad. Yep, that's also true.


Chocolate, Almond and Pear Cake
(this recipe is based on one I came across on The Telegraph's website, which is based on this yummy cake from River Cottage)

Method
Pre-heat oven to 170 degrees Celsius. Grease and line a 20cm round cake tin (although I used a square tin because it's what fell out of the cupboard first).
Melt the 25g of butter in a frying pan and add the pears, cooking for until tender before adding the brown sugar and cooking until it dissolves.
In the mixer, cream the butter and sugar until light and fluffy. Add one egg and a spoonful of the flour, mixing well before adding the second egg and another spoonful of flour. Combine the remaining flour with the almond meal and cocoa and fold into the butter/sugar/egg mixture.
Spoon into cake tin and arrange and press pears into the cake batter. Bake for 40-50 minutes.
Delicious served with cream or natural yoghurt. 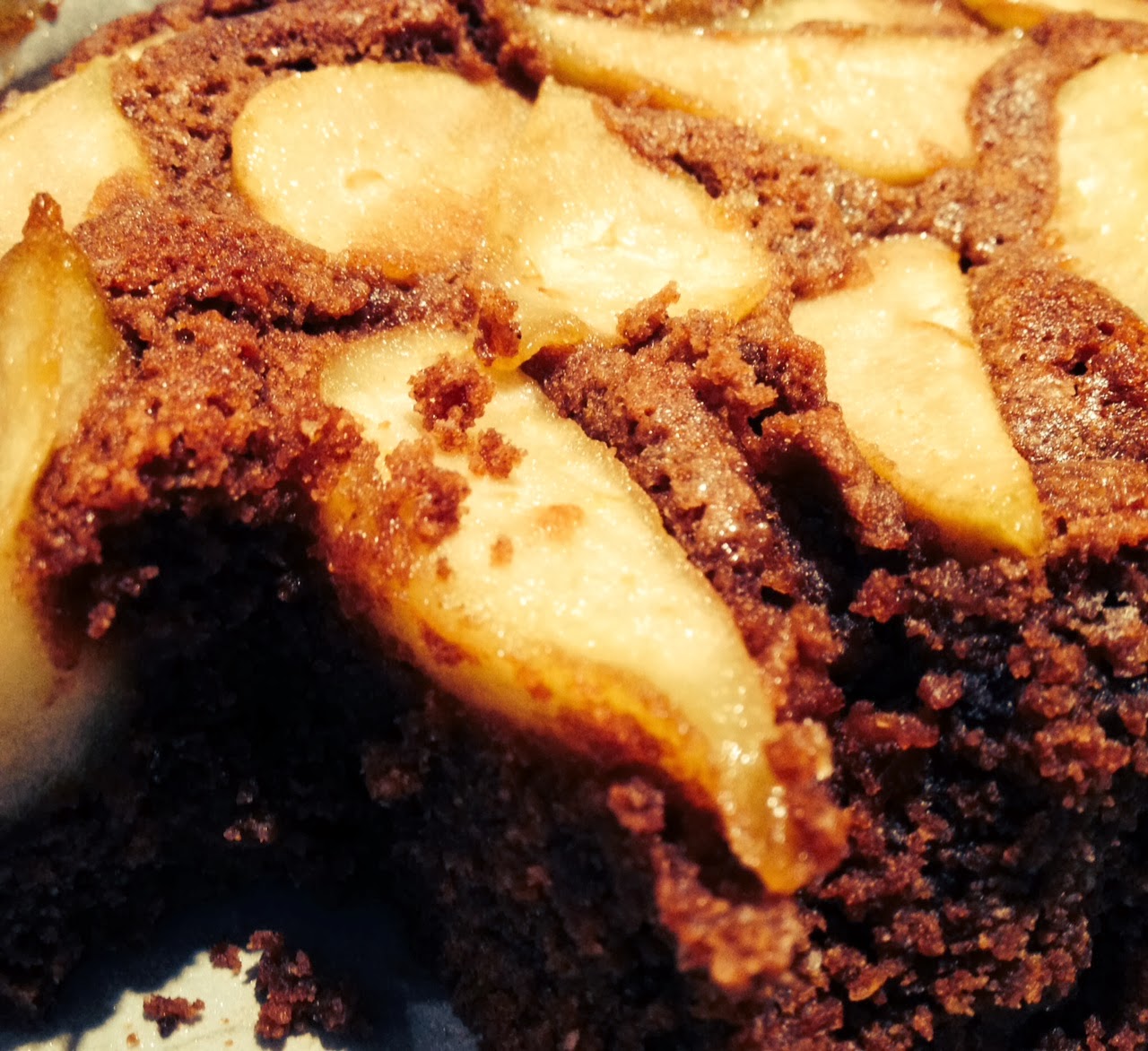