So the littlest lad just celebrated his first birthday. While he was more concerned with wrapping paper than actual gifts, it was crazy reflecting on fast the last year has gone by.
We didn't have a party but more of a casual afternoon tea with some friends and their little ones, which of course called for cake. I opted for cupcakes, because it's easier than cutting cake. Lazy? Perhaps. But at these shindigs I find the less you have to do, the more you can actually enjoy.
Making birthday cakes is a pretty fun affair and I love flicking through the old Women's Weekly Birthday Book for inspiration. Every Tom, Dick and Harry with access to fondant icing fancies themselves as a cake decorator these days, but not I. I like to keep it simple, firstly, because I like to make my own cake and icing (the kiddies are already getting a decent sugar hit without adding other nasties) and secondly because I don't want to be re-creating a detailed version of the Taj Mahal by the time the boys turn 10.
For the big lad's first birthday, we rolled with this for some farmy fun (excuse the dodgy photo): 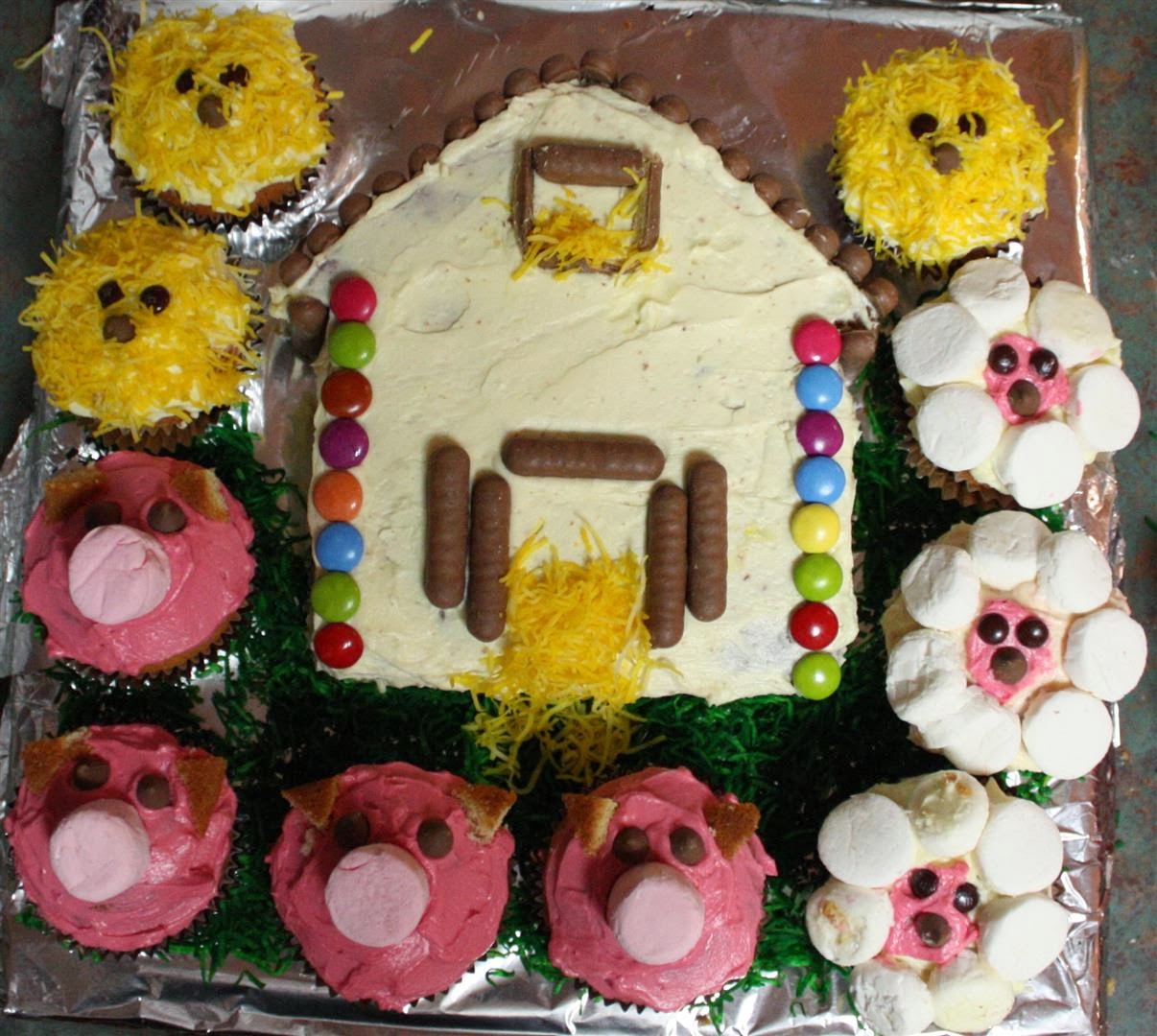 I loved that cake. Maybe because it was my first born's first birthday cake, or because it was pretty darn cool. Anyway, for his second birthday, we progressed to this: 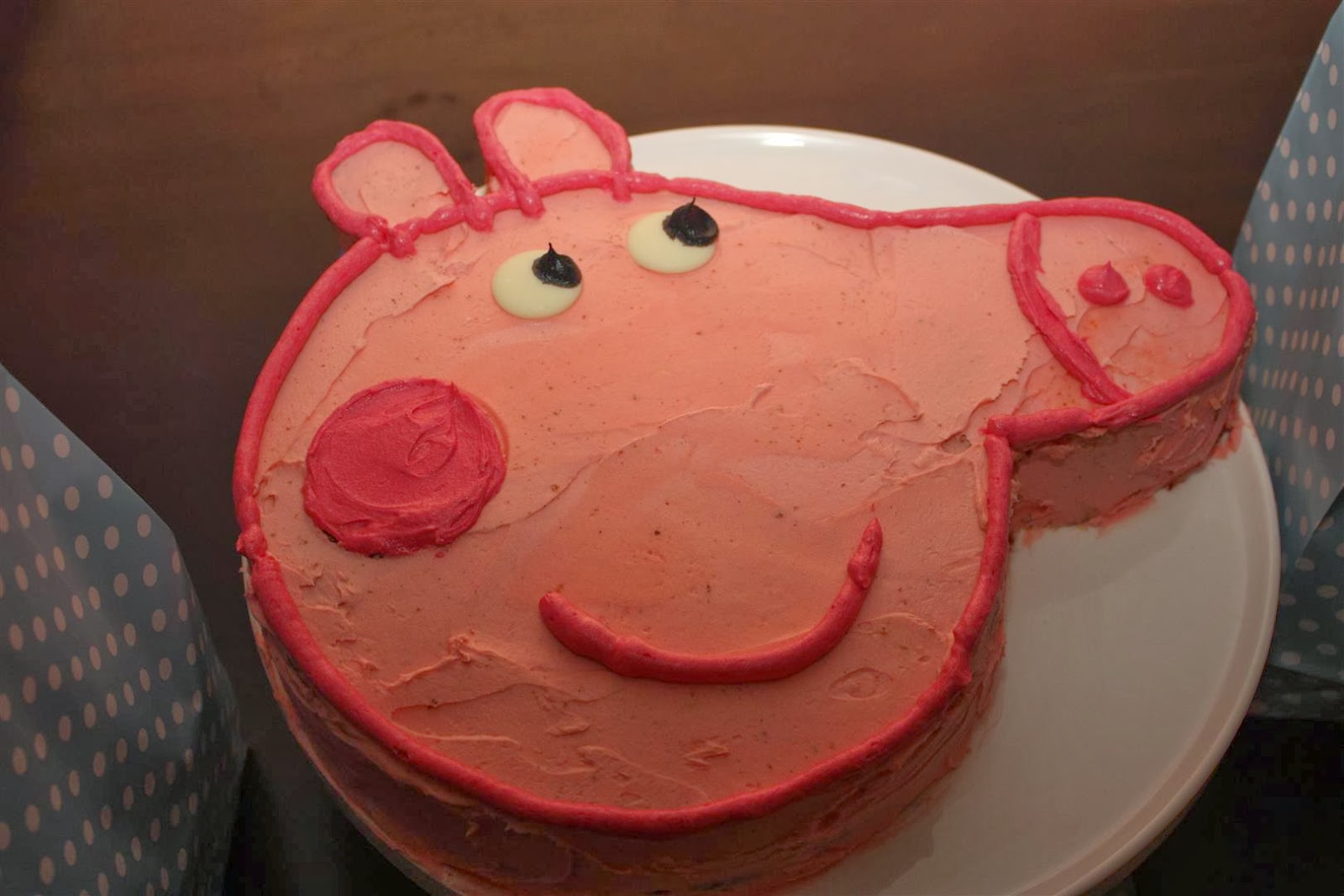 Yep, that's Peppa Pig and I was rather proud of my efforts. Until one of my friends likened Peppa's snout to something rather untoward. After that, I couldn't look at Peppa the same way. Good cake though.
Now for the little lad, we kept it simple and decided to make some fishy cupcakes (decorated, not actual fish cupcakes as that would be gross). I say we, because Mr Everyday Baker did indeed help with some scale placement and did a fine job. 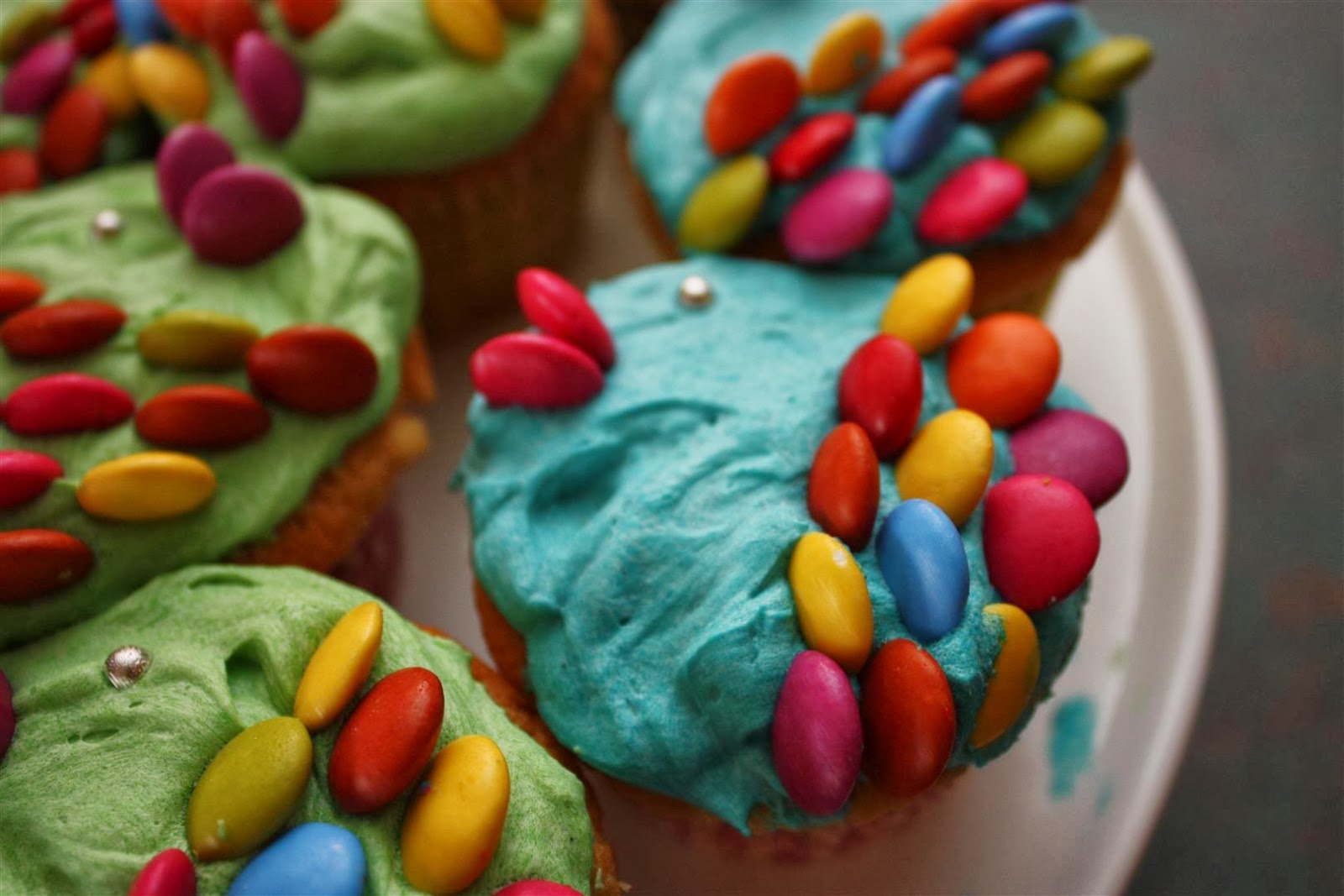 Aren't they great?! The kiddies loved them. Now, the recipe. I generally roll with a vanilla cake for both the large and small versions of birthday cakes. For the cupcakes this year, I used a recipe from the talented Littlesweet Baking which she was kind enough to share.

Method
Pre-heat oven to 180 degrees Celsius.
Cream butter and sugar until light and fluffy. Add eggs, one at a time, beating well after each addition. Add vanilla. Sift in flour and mix on slow until just combined and add milk.
Spoon into lined cupcake tins and bake for 18 minutes.

Beat butter until light and creamy, add icing sugar and vanilla before adding milk if needed. Mix until nice and creamy. (If you use the low GI icing sugar as I do, your icing will be an dirty-white colour but still tastes great).

For the Fishy Cupcakes:
Divide the icing in two and colour one with blue and the other with green. Ice cupcakes and decorate with Smarties for the scales and lips and silver balls for the eyes. So easy!