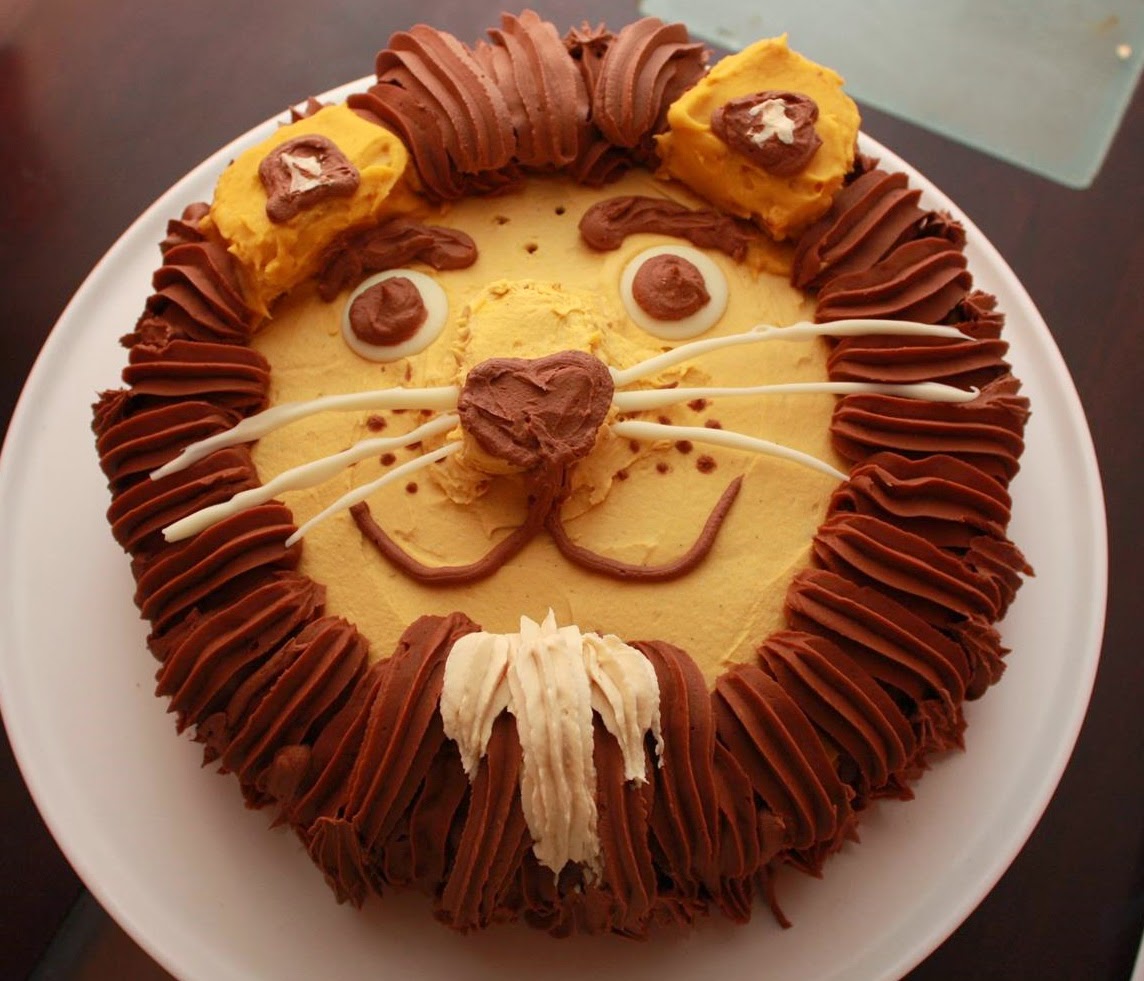 Baddum-cha! My attempt at a little joke there, hope you enjoyed it folks.
Now, back on topic to celebrating the big lad's third birthday! He's at the age now where I can simply ask him what he would like his birthday cake to look like. He said a dinosaur. I said, oooh look at this picture of a lion, how about that?! Ooooh yes please Mum!
Yup, I'll admit it - I absolutely showed him a cool picture to change his mind because a dinosaur cake just sounded too fricken hard. The boy got an awesome cake, isn't that all that matters?!
I'm slowly refining my birthday cake and icing recipes, so by the time the lads are teenagers we should have it down to a fine art. Though I think this buttercream icing recipe is a winner, so that's what I'm sharing today.

With regards to creating the lion, it's actually not too hard if you've got a piping bag and a star nozzle. Just work outwards to create the mane. The whiskers are just streaks of white chocolate that I made onto a piece of baking paper and put in the freezer. The eyes are white chocolate buttons with buttercream blobs and the ears were offcuts of cake failure number one...ahem I mean afternoon tea the previous day.

Thanks to The Kitchen Magpie for her awesome recipe, which I've just adjusted slightly.

Method
In the trust ol' Kitchenaid (or whatever you've got, hopefully for your sake it's something more than elbow grease), whip the butter until it's well and truly whipped. Add the vanilla and whip some more.
Then add your icing sugar and mix on low at first, otherwise it makes a heck of a mess, and whip until beautifully light and fluffy.

If you're making chocolate icing, melt the chocolate and whisk into the buttercream (I did this by hand) until well mixed.

*If you need to put it in the fridge while you duck out to get some more dark chocolate, it's okay, just whisk it by hand to loosen it back up. 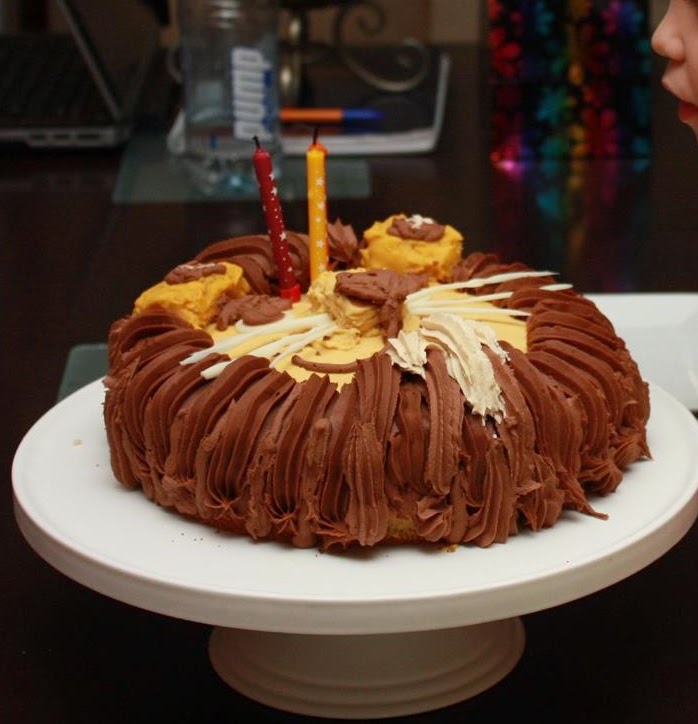