A win for the veggie smugglers!

The big lad has a general aversion to anything with obvious vegetables and if he had it his way, would just eat pasta and the occasional sausage for dinner. I'm still winning with the little lad, he just likes food in general - any way he can get it. Although that appetite can sometimes extend past the kitchen into the garden, but I figure some extra veggies will counteract all the rocks and dirt he eats... right?
Anyway, this recipe is a serious brag - I jammed some mashed carrot, spinach, onion, bacon and fetta into some pastry, told the big lad they were "cheesy bacon wraps" and he demolished them. I'll admit, I did tell him, "no, no, that's not carrot, it's just orange cheese..." but he ate it so where's the harm?

Apologies for the dodgy amounts given in the ingredients list, but I kind of just threw it together without paying much attention. The beauty of things like this is, you can just use whatever you have in the fridge and adjust it accordingly! 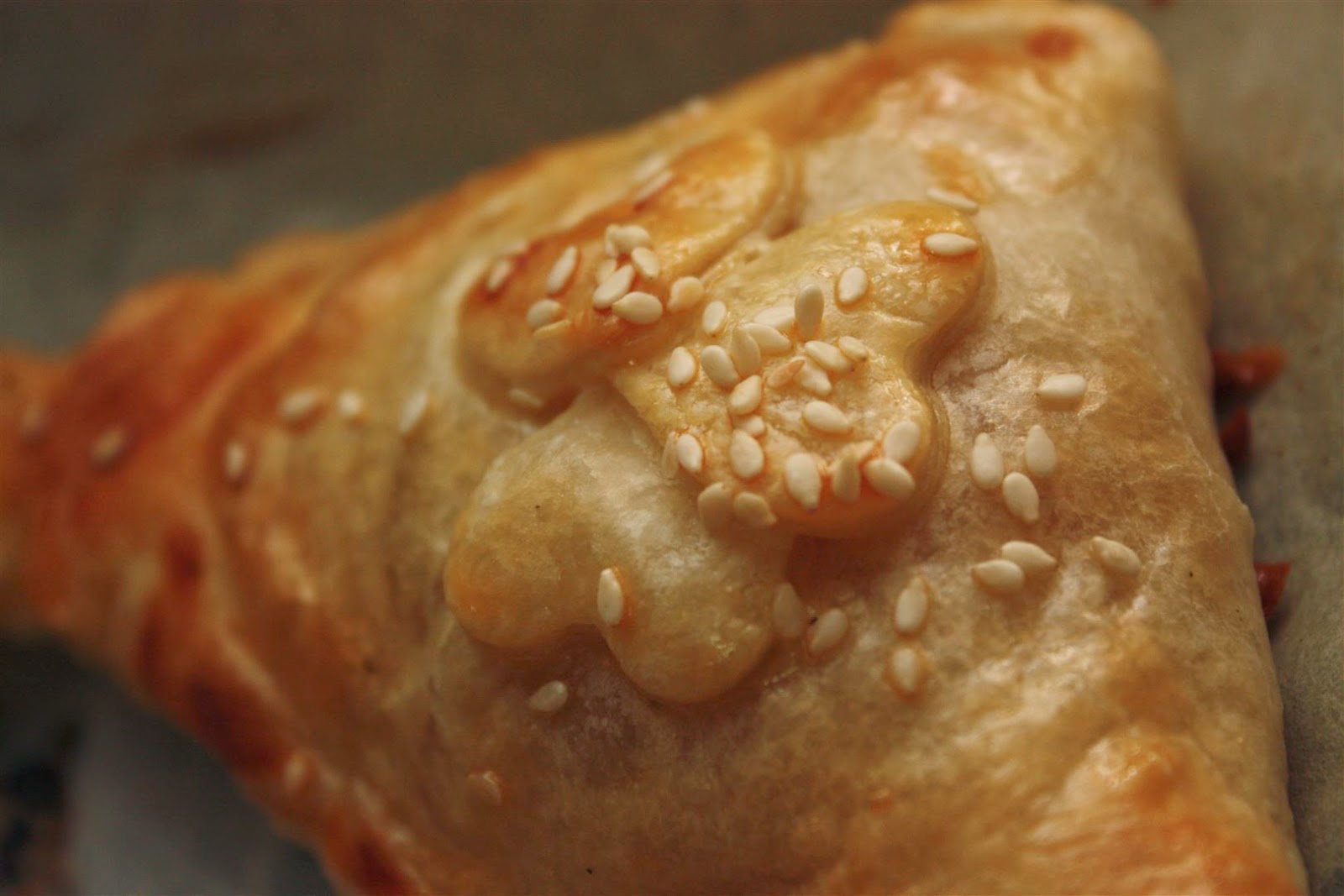 Method
Peel and chop veggies and boil in a saucepan of water, until soft. Mash, adding some salt and pepper to taste.
Cook onion and bacon until soft and golden, before adding spinach until wilted.
Mix the onion and bacon in with the mashed veggies, before crumbling in the feta and mixing well.
Cut your pastry into triangles (I just cut one sheet diagonally each way to create four triangles) and place some mix in the centre, towards one corner - so you have enough room to fold the pastry without the mix going everywhere.
Before folding the pastry, brush the edges with egg so it holds. Then fold and press down to seal. Brush the top with egg.
With any remaining pastry, cut shapes and stick them on the top of the pastry - trust me, doing this is a winner. Sprinkle with sesame seeds, if you have some handy!
Bake at 190 degrees Celsius for 15-20 minutes, or until puffed and golden. 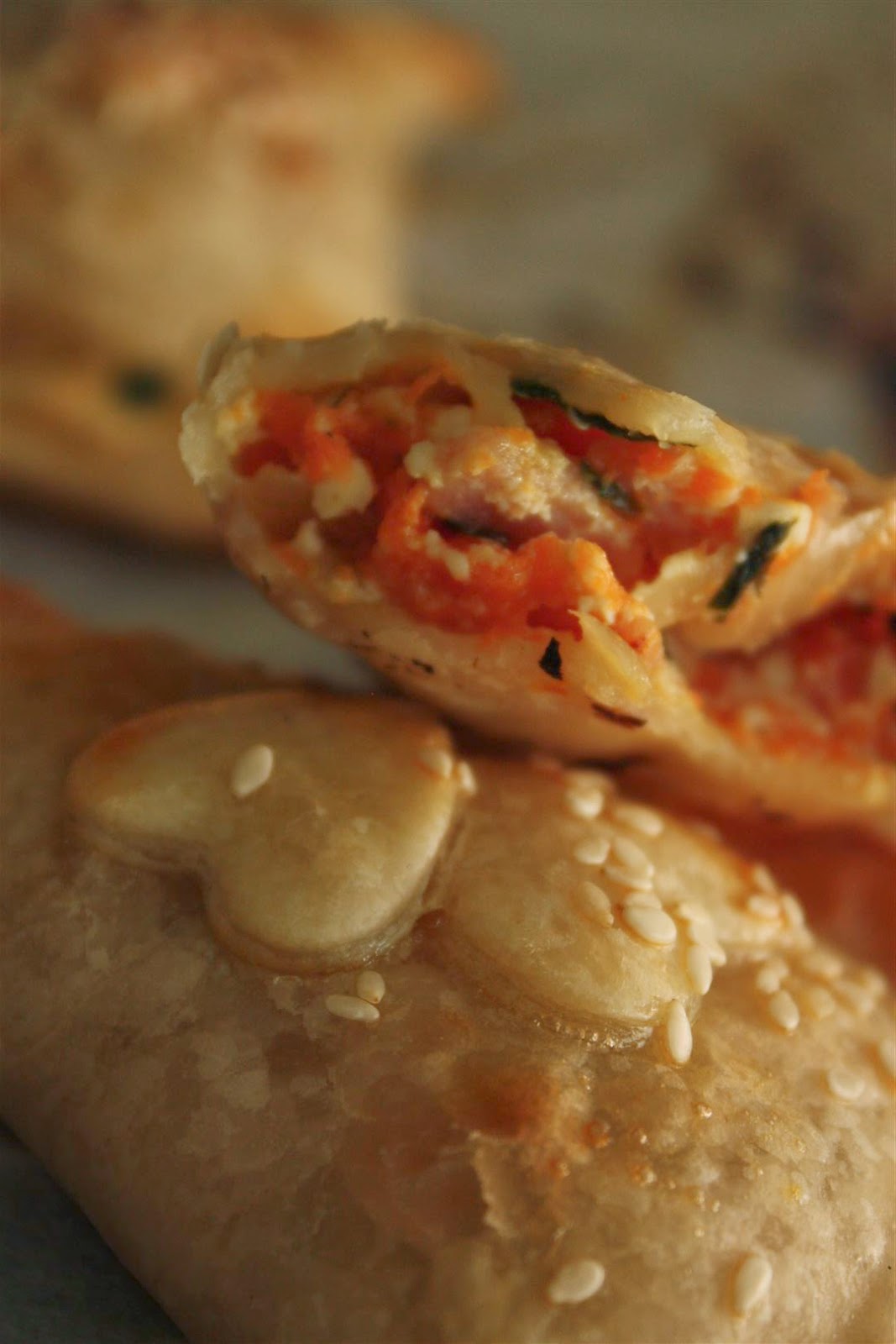