I really do find that simple recipes are often the best and tastiest.
Perhaps that’s why some of my favourite cookbooks are the classics, like the Women’s Weekly and CWA collections – they make the most of everyday ingredients.
While we’re on it, it really is amazing the number of recipes you can create from a can of condensed milk.
Did anyone else used to drink that sweet nectar straight from the can when they were younger? No? Just me? Come on, don’t lie...
If you’ve managed to get past that stage, then you may enjoy this simple but scrumptious recipe which uses condensed milk but also has a beautiful, nutty crunch.
It’s deliciously moorish, as I discovered by being absent for one afternoon session tea at the farm recently after baking it – it didn’t last until morning tea the next day but by all reports it was a hit.
I guess that’s why it’s important to have ‘chef’s treats’ while you’re cooking, so you don’t miss out all together!


*Please note, licking the lid of a condensed milk can has been known to cause injury* 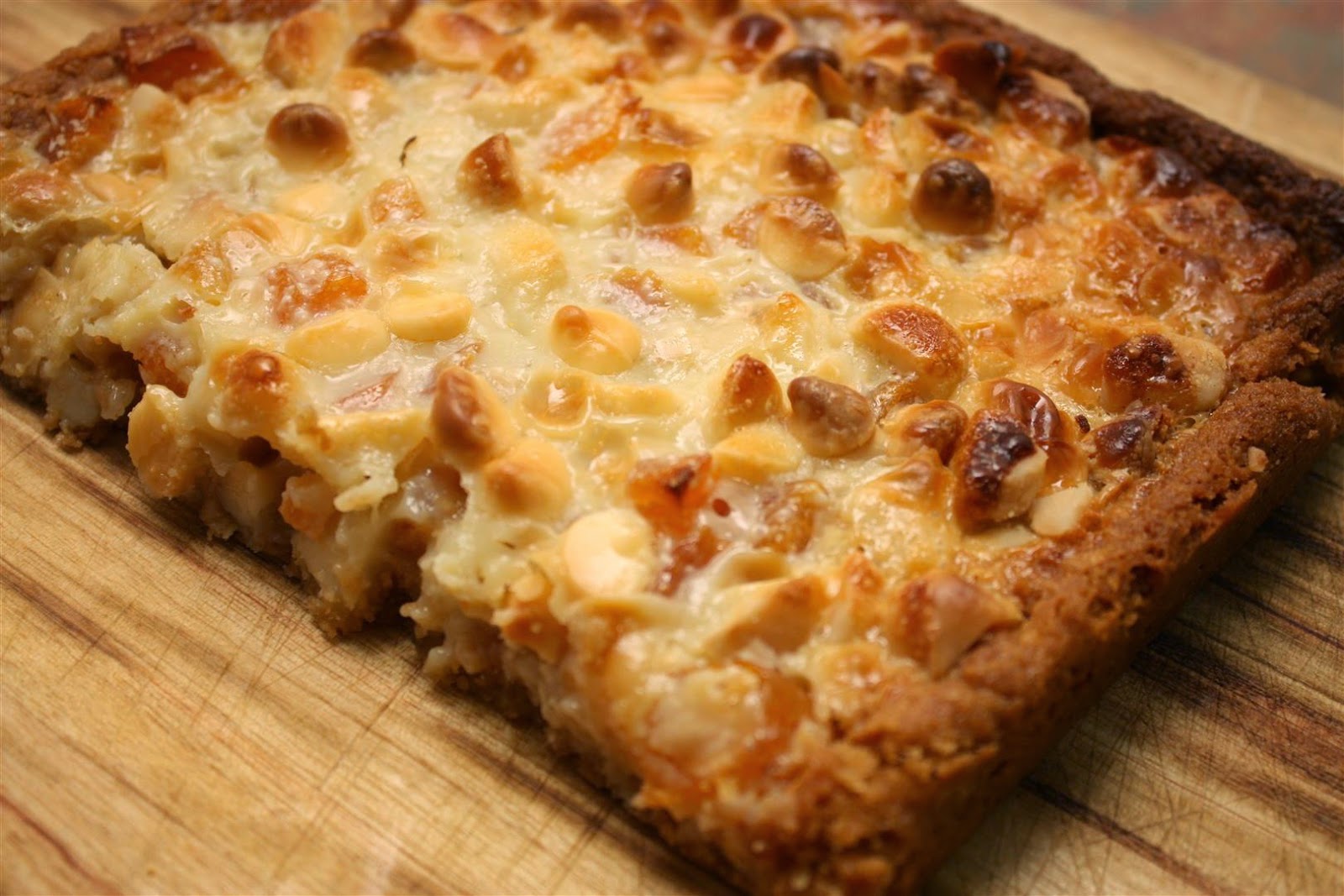 A SPECIAL occasion calls for celebratory baking and it’s no secret that there is many a sweet tooth residing in The Everyday Baker household.
This particular occasion was Mr Everyday Baker’s birthday and given his choice of birthday cakes, he left it up to the three-year-old who chose a construction chocolate cake complete with a dump truck unloading chocolate ‘boulders’.
I intervened and narrowed the choices down to two and a decision was made, Mr Everyday Baker, who used to not care for sweet things at all (until along came me!), was to have a Salted Caramel and Vanilla Baked Cheesecake.
This recipe was based on a cracker by Donna Hay, who in my humble opinion is a goddess when it comes to creating sweet things.
I just gave it a few tweaks based on our tastes and what was in the fridge, probably more of the latter.
It does take a while so I started it the day before, but it tasted amazing and I think it softened the blow of getting older for a certain birthday boy.
However I fear that construction cake will not be forgotten anytime soon, so stay tuned on that one...

Method
Make caramel sauce first, by combining all ingredients in a saucepan over low heat until sugar is melted. Up the heat until it thickens, around five minutes should do it. Allow to cool before adding sea salt flakes.
Blitz biscuits and almond meal until finely crumbed. Add melted butter and process until combined.
Push into a 22cm springform tin lined with baking paper, until firmly pressed into the base and sides. Place in fridge for at least an hour.
In a mixer, whisk ricotta and cream cheese until smooth. Add sugar and beat until well combined before adding eggs one at a time, beating well after each.
Add maple syrup and half of the vanilla paste until well combined.
Pour into tin evenly, before placing the tin into a baking tray and filling that tray with boiling water until tray is filled about halfway. I put it in the oven first and then added the hot water.
Bake at 160 degrees Celsius for an hour and a half until firm, then allow to cool in tin before placing in fridge for a good few hours.
For the topping, whip cream, mascarpone, sugar and vanilla until soft peaks form and spoon on top of cheesecake. 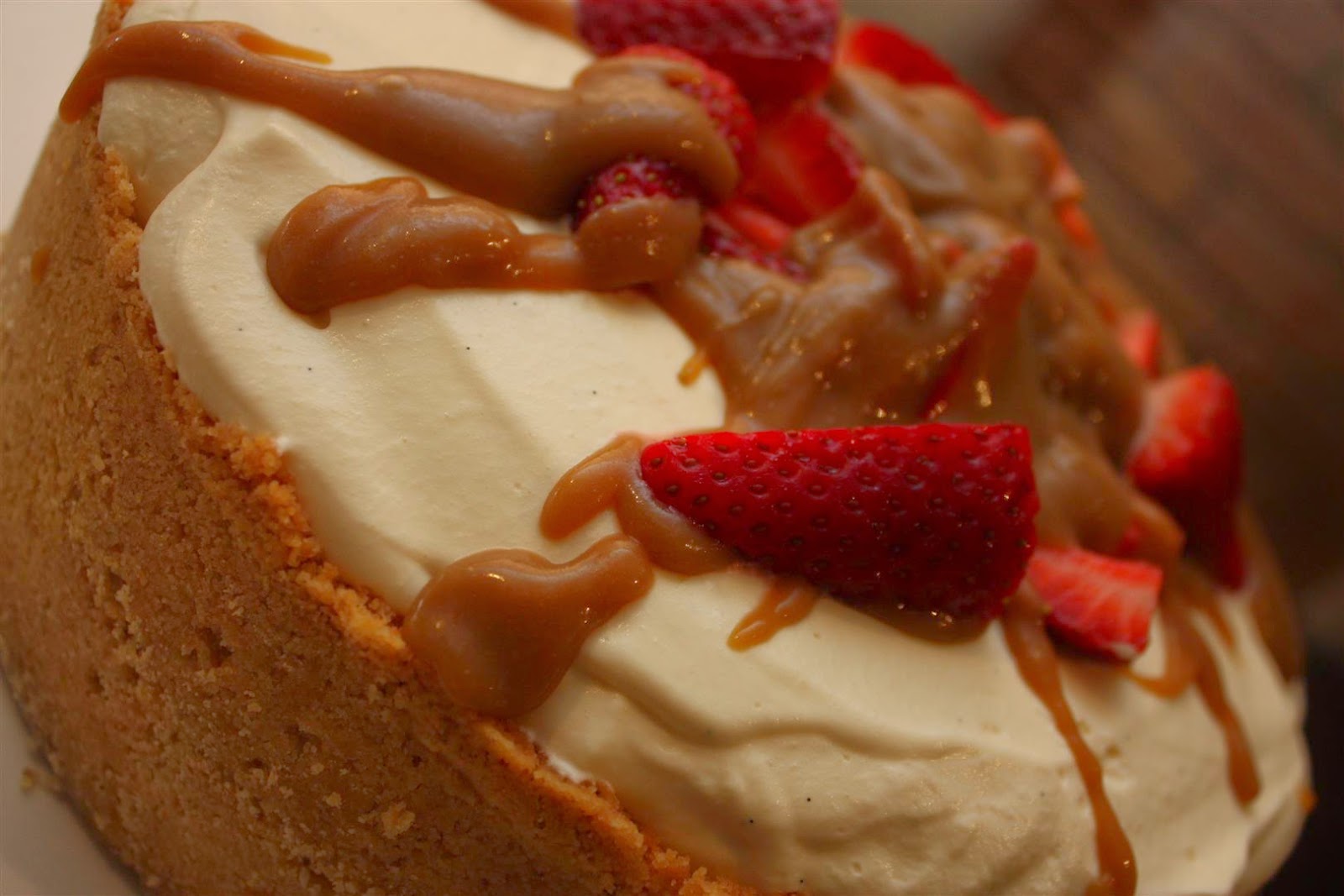